Ogrodzieniec Castle was built in 12th century during the reign of Polish king Boleslaw III Wrymouth. It is one of the chain of defensive fortressed called The Trail of theEagles’ Nests that were established in that region for protection against attacking enemies. Its structure incorporated the huge rock formations that were commonly found in that area, which heightened the inaccessibility of its walls.

Duing its long history the castle changed owners, was conquered in spite of its defenses, and finally in 1702 suffered a devastating fire after which it did not rise. Today it stands as magnificent ruins but in spite of that it is one of the most visited castle in the region. In the last couple of years new walkways have been established and the tour now takes longer. A very pleasant surprise for me; new vantage points and new prospects to take different photographs. 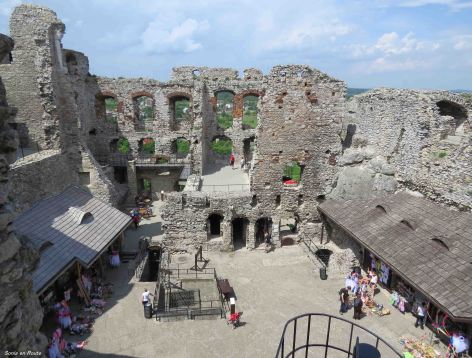 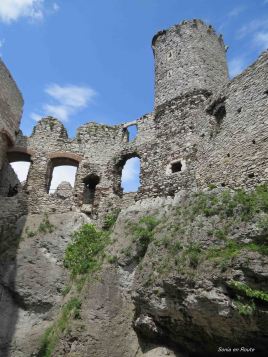 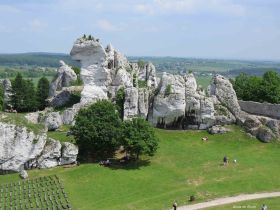 From the various scenic points on the ruins you can view the beautiful, peaceful Polish countryside. For me there is no one better 🙂 If you look closely and employ your imagination, you will be able to spot a sleeping dragon gazing dreamily into distant horizon. 🙂