A visit to the Parliament was positively the most exciting of all the places I have seen in London. The architecture was stunning. Old, stately, and beautiful.

On the way to the Westminster Abbey we conversed with a nice guard who informed us of the possibility to visit the Parliament when it is in session. That was a great surprise. After the security check and putting all the gear and electronics in the locker, we were allowed to sit in both of the Houses.

The House of Commons had a discussion on various topics. Short question, a minute or two. Then the answer. Then all who still wanted to ask a question, rose. Fascinating! To conduct politics in such beautiful and old hall must be satisfying.

The House of Lords was not so busy. An older gentleman had a 7 minute long speech on the role that Britain should maintain in the ever changing European Union arena. He was engaging and knowledgeable. Very interesting.

We had lunch in the cafeteria that was located in the Parliament. Stone walls, stone pillars supporting arched ceiling. It felt like an old castle.

Of course, with no photography allowed inside, I could only use my camera outside and in the great hall leading to both Houses. 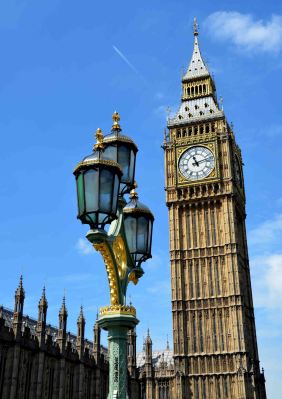 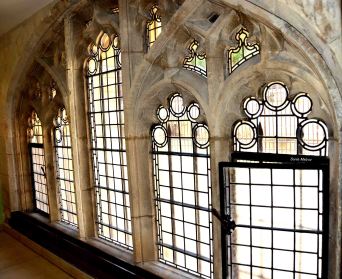 One thought on “England – London Parliament”