From Charing Cross to Blackfriars’s Bridge. Not entirely on foot all the way… My first glimpse of Londoners and just a few English “quirks”. Plus one that cannot be captured on a photograph: I adore spoken British English 🙂 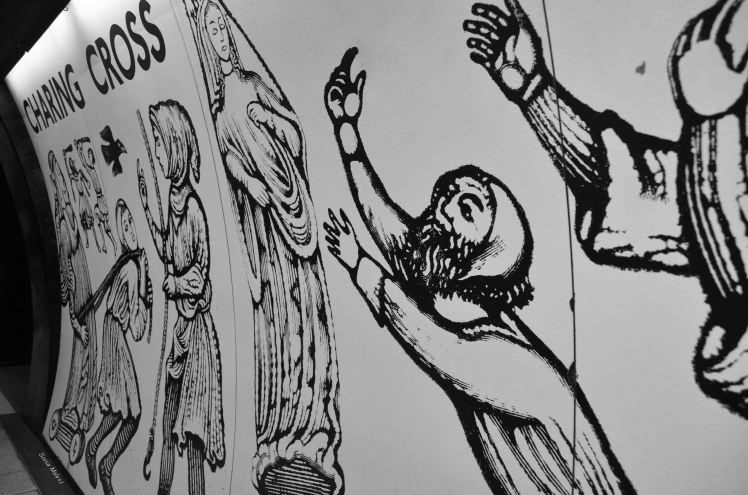 Blackfriars Bridge – named after the Blackfriars Dominican Monastery that once stood on the side of the River Thames – was built in 1769. It was the third one after London and Westminster bridges. The present one was opened by Queen Victoria in 1869. In 1982 the bridge became famous after the body of Roberto Calvi was found hanging on one of its arches. Calvi, who was a chairman of Italy’s largest private bank, was found to be on the run from Mafia and was murdered by them in this memorable way.

I like its white and red arches and balustrade.